MINEX Central Asian Forum provides International suppliers of products and services with opportunities to access the local mining industry, establish contacts with leading mining companies in the region and get firsthand information on the recent developments in the mining sector.

Kazakhstan remains one of the world’s most promising emerging markets for natural resources and is one of the 10 leading countries in the world for mineral reserves. The fast-growing mining and metals sector is vital to Kazakhstan’s economy contributing nine per cent of the country’s gross domestic product (GDP) and 25 per cent of total industrial output in 2015. The country benefits from its geographical location being a supplier of commodities to Asia and Europe. Kazakhstan holds vast mineral reserves which are largely undeveloped. The country possess 30 per cent of the world’s chrome ore reserves, 25 per cent of manganese ore, 10 per cent of iron ore, 5.5 per cent of copper, 10 per cent of lead and 13 per cent of zinc, according to official estimates. The Central Asian republic is also richly endowed with uranium, gold, coal, bauxite, phosphate, titanium and tungsten. Kazakhstan is currently the world’s leading producer of uranium, the third largest producer of chrome and seventh largest producer of zinc.

The mining industry in Kazakhstan is focused mainly on extraction and export of raw materials and base metals, with further high-value processing abroad. About 80 per cent of mining products are exported representing 20 per cent of the country’s total exports.

Kazakhstan’s new mining code was developed in 2015 on the basis of the Western Australian model. The purpose has been to boost geological exploration and remove administrative burdens for junior miners. The code is expected to come into force in 2018.

According to Standard & Poor’s, Kazakhstan’s mining and metals industry has low costs and considerable growth opportunities. Companies in the sector can build competitive advantage through factors such as access to quality resource deposits, moderate energy and labour costs and less stringent environmental requirements. Kazakhstan is ranked relatively high in the 2016 Doing Business report (41st out of 189 countries) and adopts positive amendments to the mining legislation. Mining companies have a good supply of mining stocks and a significant proportion of easily accessible reserves, allowing the use of less sophisticated and therefore less costly technologies.

In 2016 Kazakhstan was ranked 18th in the world for the best mining investment opportunities.

Rio Tinto Group is in the process of investing around A$100 million into the copper mine in Northern Kazakhstan. Rio Tinto formed a 50/50 venture with Tau-Ken Samruk (the national operator of mining assets in Kazakhstan) to tap the country’s mineral resources. Another JV has been formed with KazGeology, the Kazakh National Exploration Company. Engineering and construction costs are expected to be about A$1 billion.

The Kazakhstan Government is interested in attracting new investors in the industry.

The principal law ‘On Subsoil and Subsoil Use’ regulating mining-related operations was passed in 2010 and is still in force. In 2015, a new concept of subsoil use was elaborated by the Kazakh government with the use of the Western Australian model of granting mining rights. The new concept outlined key changes that were supposed to be introduced with the adoption of the new Subsoil Use Code. As of now, the adoption of the new Code has been delayed and is expected to happen on 1 January 2018, according to the official source.

EY reports that major changes incorporated into the new Code include new (and often simpler) procedures and rules for the access to geological data, evaluation of resources, granting subsoil use rights, licensing and exercise of the state’s priority right to acquire strategic deposits and some other issues.

Read the EY report to find out more information.

Despite the stable growth in the first decade of the century, Kazakhstan’s economy has been hindered by an overreliance on mineral exports and dependence on external markets. In 2014-2015, following the decline in the global oil prices and recession in Russia and China, Kazakhstan experienced two very tough years with most sectors of the economy going into recession. Some signs of a recovery appeared in the country’s industrial production in 2016.

The national currency, the Tenge, for a long time was kept within the corridor of 145-155 per US dollar under the managed float policy. In February 2014, it was devaluated by 19 per cent to about 185. A freely floating exchange rate for local currency was introduced in 2015 resulting in further Tenge depreciation. The current exchange rate is 330 tenge per US dollar.

In the mining sector, the low level of mineral processing within Kazakhstan arguably limits the country’s ability to establish a value-chain and exacerbates dependence on volatile world markets. Some local ores are less competitive on the world market because of low concentrations that require complicated extraction methods and consequently drive up production costs.

Technology and business processes can be quite antiquated in Kazakh mining operations. Obsolete equipment and outdated work practices require producers to invest in innovative technologies and implementation of more modern business processes to be internationally competitive. Kazakhstan mining companies are generally keen to embrace new approaches and ready to implement world-class equipment, technology and services to increase production, cut costs and improve health, safety and environmental performance, but decisions can take considerable time.

Kazakhstan also faces infrastructure constraints. Stemming from the legacy of the Soviet Union, the Kazakh mining industry is largely integrated into a single production chain with Russia and Ukraine. Existing infrastructure is designed to direct much of mining output to these countries. A lack of transport infrastructure and the fact that China’s industry is located mainly in the eastern part of the country – far from the shared border – significantly increase transportation costs to China. Nevertheless, China remains an important and growing market for Kazakh mining producers.

Opportunities for International suppliers and investors exist across the full spectrum of activity in several mining sectors and geographic regions of Kazakhstan.

Given the lead-time required to secure B2B and B2G meetings, companies interested participating in MINEX Central Asia Forum are invited to submit application by 15 February. 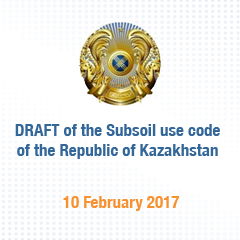